Artists love extremes because they represent a challenge. On the peninsula of Eiderstedt the artists soul can let off steam, constantly reinspired by the vastness at the green dikes and by the direct confrontation with the North Sea, the indomitable sea that people have been struggling with for thousands of years.

Erhard Schiel came to St. Peter-Ording in the eighties of the last century. The seaside resort at the end of the peninsula inspired him with endless sandbanks, the roaring sea and the pine forests. Soon the artist made a mark as an etcher and copper engraver and elated friends of art all over the world with his works in which he combines naturalistic motifs with time-critical elements in his inimitable way. In doing so, the artist experiments with different techniques, presents himself as a master of the drawing, the drypoint- or the mezzotint-technique.

At first glance, earthy colors with a pine forest motif flatter the eye, but on closer inspection man’s outrage at his greed for energy and land opens up in the form of huge utility poles. This is what makes the artist an artist – his critical eye, which is constantly questioning and confronts the viewer, encourages him to think.

The churches of Eiderstedt also found their way into the work of the versatile artist and were shown in 1999 in an exhibition in the local museum of Eiderstedt.

Schiel is a member of the Federal Association for Visual Artists of Schleswig-Holstein. He cultivated an inspiring friendship with Gert Fröbe and painted pictures of events with Gottfried Böttger and Joe Pentzlin, Audrey Motaung and Jimmy Henderson, just to name a few. In addition to exhibitions in Munich, Hamburg, Paris and Crescent City/USA, the artist exhibited several times on the island of Mainau/Lake Constance under the patronage of Graf Björn Bernadotte, organizer of the European Cultural Forum Mainau. The last major exhibition on Mainau “Hidden Treasures – Flowering Worlds” took place in 2012.

Hardly any artist has as strongly influenced the image of St. Peter-Ording as Erhard Schiel. Visiting the “Dünentherme” you can look forward to the splendor of colors at the gates of the mud processing facility. On specially coated aluminum composite panels, the artist created a panoramic view of SPO’s beaches. The luminous color nuances are a stylistic device of the artist and have a recognition value. In the thermal baths, you can meet a large-scale wave in the stairwell and the humorous sculpture “Rollloo” in the swimming pool.

Driven by a vibrating, restless energy the artist Schiel, never standing still, is continually evolving with a logical consequence in his turn towards oil painting. Since the early nineties Schiel has been creating oil paintings of translucent luminosity in finely glazed technique, which suits the meticulously working perfectionist.

In an exhibition in the “Kieler Landeshaus” in 2014, Schiel expressed his commitment to our threatened nature and environment in impressive works on “Artists against Fracking”. Again the artist succeeds with his works “Ira” and “Superbia” in luring the viewer with superficial beauty in color and form, in order to stimulate him to study the picture with the bitter truth in surreal fantastic thought games.
Schiel is increasingly inspired by literature and music, he is himself a passionate guitarist. The legend of the Dykemaster (Schimmelreiter) by Theodor Storm also entered his oeuvre as did the composer Ludwig van Beethoven. Music plays a major role in the life of Schiel, who can sink into a creative ecstasy while listening to Beethoven’s works. In one of Schiel´s oil paintings a happy symbiosis occurs between a musician’s portrayal and the discourse with a huge chandelier, which allowed the artist a free development for the elaboration of light and shadow in the baroque manner – the chiaroscuro.

To a large picture cycle, consisting of 10 oil paintings and 4 works in mixed technique, Schiel was inspired by the Saga of the Nibelungs. The dramatic cycle was shown for the first time at the third chamber music festival in St. Peter-Ording in September 2013. The Weimar String Quintet with concertmaster Gernot Süßmuth played the “Charakterstücke zu Hebbels Nibelungen”, set by Eduard Lassen in the year 1873.

1980
Award of a state art scholarship
1980-1983
Training in the NEMO presses in Eckernförde
since 1981
Various exhibitions at home and abroad
1982-1989
Participation in the graphics day (Kätelhön) in Möhnesee/Wamel
1982
Exhibition at the Textilmuseum Neumünster
29. “Landesschau Artists of Schleswig-Holstein” (BBK) in the Kunsthalle Kiel
1983-1988
Encounters with the painter and actor Gert Fröbe
1983
Stadtsparkasse Mannheim, Mannheimer Festwoche
Kampener Gallery in Kampen/Sylt
Gallery of Artists in Munich
1984
Member of the Federal Association of Visual Artists Schleswig-Holstein (BBK SH)
1984
Gallery at the “Kleine Theater am Markt” in Wahlstedt
Gallery in the town hall of Oppenheim / Rhine
1985
"Environmental Protection Prize" for prime minister of Baden-Würtemberg Lothar Späth
BASF home in Westerland / Sylt in favor of UNICEF
Center International d'Art Contemporain in Paris / France
1985-1989
Love, light, life for the children of the world in Bad Segeberg, Patron Peter Kurt Würzbach
1986
Opening of the etching studio and gallery in St. Peter-Ording, Bövergeest 89
Music and texts according to pictures by Erhard Schiel in St. Peter-Ording with Gottfried Böttger and Joe Pentzlin/Gospel concert with Autrey Motaung and Jimme Henderson/reading with Gerlach Fiedler.
1987
Music and texts according to pictures by Erhard Schiel in St. Peter-Ording Gottfried Böttger, Audrey Montaung, Joe Pentzlin, Jimmy Henderson and Gerlach Fiedler
BBK's workplace at the Brunswiker Pavilion in Kiel
1988
Hotel Ambassador in St. Peter-Ording: piano concerto according to pictures by Erhard Schiel with Joe Pentzli
1988
Opening of the “Gallery Ingrid Schiel” at Dorfstraße 27 in St. Peter-Ording
First Sculpture "The Eternal Warrior"
1989
Opening of the studio in Bövergeest 87a in St. Peter-Ording

2010
Demonstration in the studio for the “Nordsee-Internat” (boarding school)
30.12.2010 After 30 years last free demonstration in theevents calendar of SPO Tourist Office
2012
Just in time for the exhibition his book also appears:
"Insights into life and work" by Georg Panskus, Fresenborg-Verlag
2012
Exhibition “Hidden Treasures - Flowering Worlds Kulturforum Mainau e.V." in the castle on the island Mainau/Lake 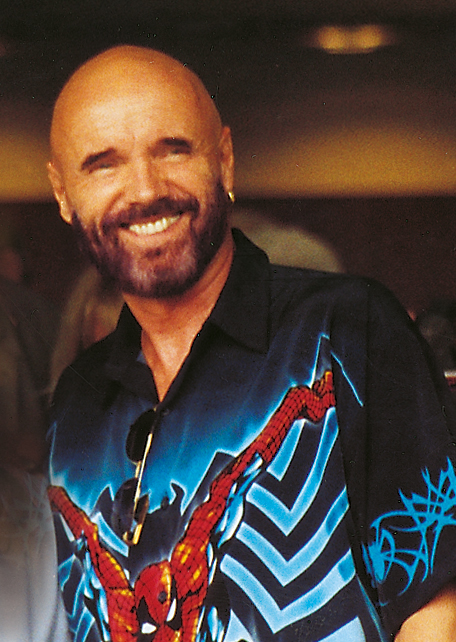